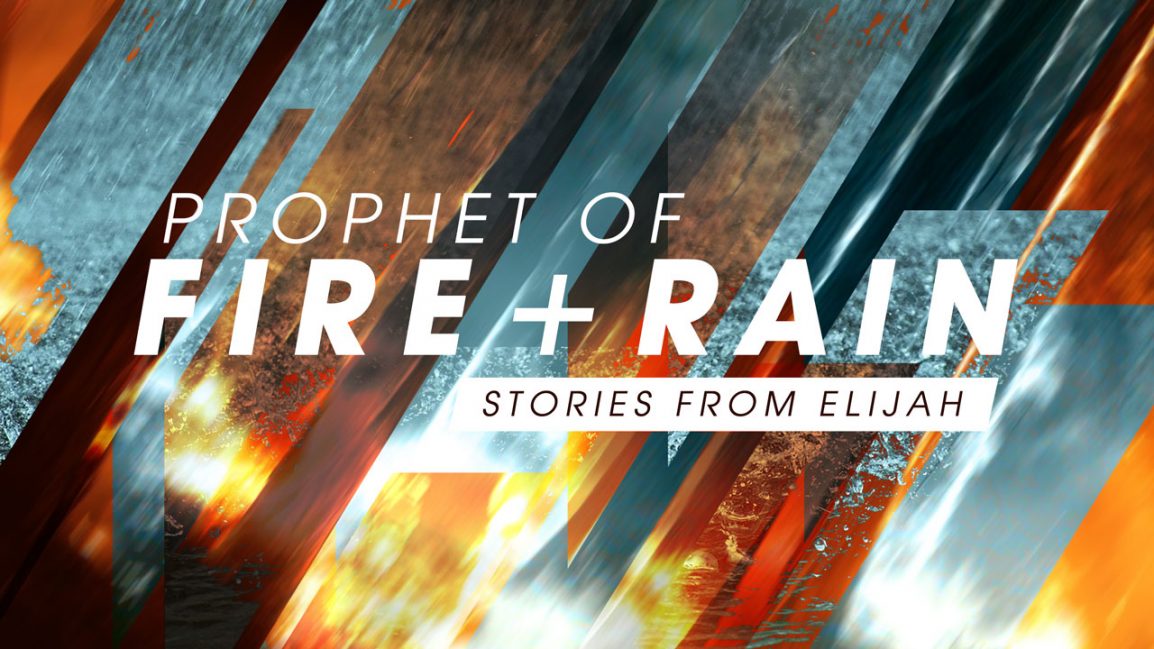 (1 Kings 17:7 NLT) But after a while the brook dried up, for there was no rainfall anywhere in the land.  Then the Lord said to Elijah, “Go and live in the village of Zarephath, near the city of Sidon. I have instructed a widow there to feed you.”

(1 Kings 17:10-11 NLT) So he went to Zarephath. As he arrived at the gates of the village, he saw a widow gathering sticks, and he asked her, “Would you please bring me a little water in a cup?”  As she was going to get it, he called to her, “Bring me a bite of bread, too.”

(1 Kings 17:12-13 NLT) But she said, “I swear by the Lord your God that I don’t have a single piece of bread in the house. And I have only a handful of flour left in the jar and a little cooking oil in the bottom of the jug. I was just gathering a few sticks to cook this last meal, and then my son and I will die.”  But Elijah said to her, “Don’t be afraid! Go ahead and do just what you’ve said, but make a little bread for me first. Then use what’s left to prepare a meal for yourself and your son.”

–> God can do so much more with the little we have if we will give it all to him.

(1 Kings 17:14 NLT) For this is what the Lord, the God of Israel, says: “There will always be flour and olive oil left in your containers until the time when the Lord sends rain and the crops grow again!”

(Psalm 37:25 NLT) Once I was young, and now I am old. Yet I have never seen the godly abandoned or their children begging for bread.

(1 Kings 17:15-16 NLT) So she did as Elijah said, and she and Elijah and her family continued to eat for many days.  There was always enough flour and olive oil left in the containers, just as the Lord had promised through Elijah.

–> Miracles grow out of sacrifice.

(1 Kings 17:17 NLT) Some time later the woman’s son became sick. He grew worse and worse, and finally he died.

–> The worst things can happen on the heels of some of the best moments.

–> Our memories of God’s goodness can be fatally short.

(1 Kings 17:19-20) But Elijah replied, “Give me your son.” And he took the child’s body from her arms, carried him up the stairs to the room where he was staying, and laid the body on his bed. Then Elijah cried out to the Lord, “O Lord my God, why have you brought tragedy to this widow who has opened her home to me, causing her son to die?”

–> Asking why of God rarely yields an answer.

(1 Kings 17:21 NLT) And he stretched himself out over the child three times and cried out to the Lord, “O Lord my God, please let this child’s life return to him.”

(1 Kings 17:22-24) The Lord heard Elijah’s prayer, and the life of the child returned, and he revived! Then Elijah brought him down from the upper room and gave him to his mother. “Look!” he said. “Your son is alive!”  Then the woman told Elijah, “Now I know for sure that you are a man of God, and that the Lord truly speaks through you.”

–> God often asks something unreasonable from us before doing something remarkable.